Guard is a great tool for quickly running your Rails app tests/specs as your develop the code. As you edit and change the files in your app, Guard can trigger tests specific to the files you are modifying.

If you’re using Docker to develop your app, however, running those tests/specs can be time consuming. Spinning up a container for every run soon becomes time consuming and wastes resources. 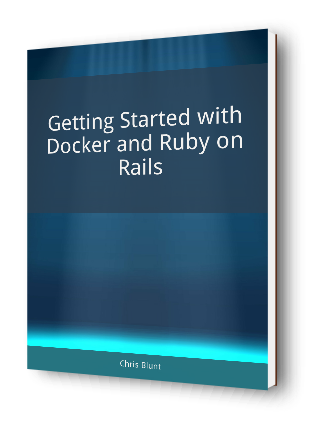 A better approach during development is to use a container for your app that is running Guard. This container will monitor changes to your files and run your tests within itself.

Whilst there have previously been issues with Guard picking up file changes across the Docker mount (due to the underlying use of VirtualBox, for example), recent releases of Docker (for Mac) seem to have resolved the issue.

In this tutorial, you’ll see how to use a Docker container to run Guard and monitor your app’s code for changes.

Starting with an app that has some tests (minitest) or specs (rspec) in place, add the guard gem and appropriate plugins for your test suite (e.g. guard-minitest and/or guard-rspec):

If your Rails app doesn’t already have a Dockerfile, the following example is a good starting point. You might need to include more packages depending on your app’s specific needs. See Getting Started with Docker and Ruby on Rails for more details about how to set this up.

When your Dockerfile is ready, you can build (and tag) an image from it. In this tutorial, the image tag will be myapp:latest:

Next, check your suite runs by running your tests/specs inside a Docker container:

With our tests running inside Docker, it’s time to set up Guard. Again, this can be done using the existing Docker image for your app:

Here, I’ve included both the minitest and rspec guard plugins, but you might only want to include the plugin that is relevant for your app.

Your app’s folder will now include a Guardfile. Open it up, and edit according to your needs. For example, if you’re using Rspec, the default configuration will look like:

See the README file for your plugin(s) to learn about their various configuration options.

With Guard configured, we can now spin up a new container that is running Guard and monitoring the app’s code. Be sure to mount your code folder into the container, so that changes are applied as you make them:

The container will attach to Guard as if it was running on your host machine. For example, you can press enter to run all your tests:

Now if you edit one of your test/spec files, Guard should pick up the change and automatically run your test/spec, as if it was running locally!

To exit Guard (and remove the container), just type exit or hit Ctrl+D

Adding Guard to Your Compose File

Now that we know Guard is working and monitoring file changes inside our Docker container, you can add a declaration to your Docker Compose file. This will allow you to run Guard automatically as part of your development suite when you call docker-compose up.

One caveat, though, is that we can’t use Guard’s interactive console when calling docker-compose up. The process does not attach to the console, and so the container immediately fails. A workaround for this is to add the --no-interactions argument to the container’s command:

Now when you call docker-compose up, you will see the Guard container start up and waiting for notifications from the filesystem:

As before, if you now edit one of your test/spec files, you’ll see Guard triggers the appropriate tests:

With everything working, you can now continue building your app as before, safe in the knowledge that whilst it is running, Guard is monitoring your tests, and will flag any breaking tests. 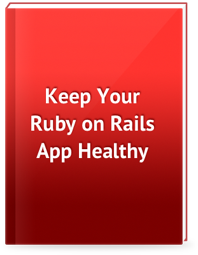 The Ruby and Rails worlds move fast, so it can feel like no time at all before your app starts to feel left behind.

While your app launched with a strong foundation— the latest gems, employing best practices, and developing a thorough test suite—it needs constant attention and maintenance to keep running in top condition.

The course delivers a range of practical and actionable lessons to enhance and protect your app right away, from simple, quick–win optimisations and setting up thorough monitoring to reviewing your site's performance, and checking your code against security vulnerabilities current best practices.

“I really enjoyed the book. A lot of quick wins for me to implement and makes me realise I can do more with guard.” –– Ben (@r0_0tKat)

Keep Your Ruby on Rails App Healthy is available as both an email course, and as a premium download edition.

The email course is split up into 7 lessons, delivered to your inbox over the course of a month.

The premium edition is available for instant download in PDF, ePub and Mobi (Kindle) format.